We do not only conduct research about Open Digital Infrastructure. Of course that is our main focus, but we set ourselves a side goal: To do credible work, we decided to rely on Open Source applications wherever possible. This is not just an act of signaling to our interview partners, even though it has shown to build trust and credibility within the Open Source scene, in a similar way as Latour describes academic work as a “Cycle of Credibility”. It is also an important methodological part of our human-centered research approach: By basing our research on Open Source, we gain a different perspective on the topic that can inform our project’s outcomes.

And of course we also want to heighten the visibility of infrastructure projects, so here is a list of the tools we decided to deploy and host:

Running your own open source research infrastructure really is not that difficult. So what keeps people from doing it? First of all, in academic contexts, digital services are most often provided by an IT department that does not have the capacities to fulfill the needs of individual projects. And even though academia has been a stronghold of open source and open infrastructure, the use of Microsoft and Google Suites in schools and universities around the globe is on the rise.

Another issue to take into consideration is liability. Can we really harden our systems in a way that the big corporations can, and make certain that no sensitive data gets accessed by third parties? Well, no, we can’t. This is why we only store anonymized data online. And while storing data with one of the big cloud providers might make it harder to reach for adversaries, it also hands them over freely to the biggest corporations on the planet. 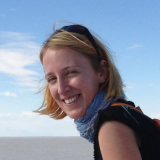